Yesterday morning began with thundershowers before dawn and then more later in the morning.  Later for me, probably still early for most everyone else. We need the rain so no complaints.  But when I visited some favorite spots for mountain laurel-Kalmia latifolia over the weekend most were still tightly budded. I figured I had better visit some others elsewhere yesterday or by this weekend when I had my next opportunity to photograph them it might be too late. 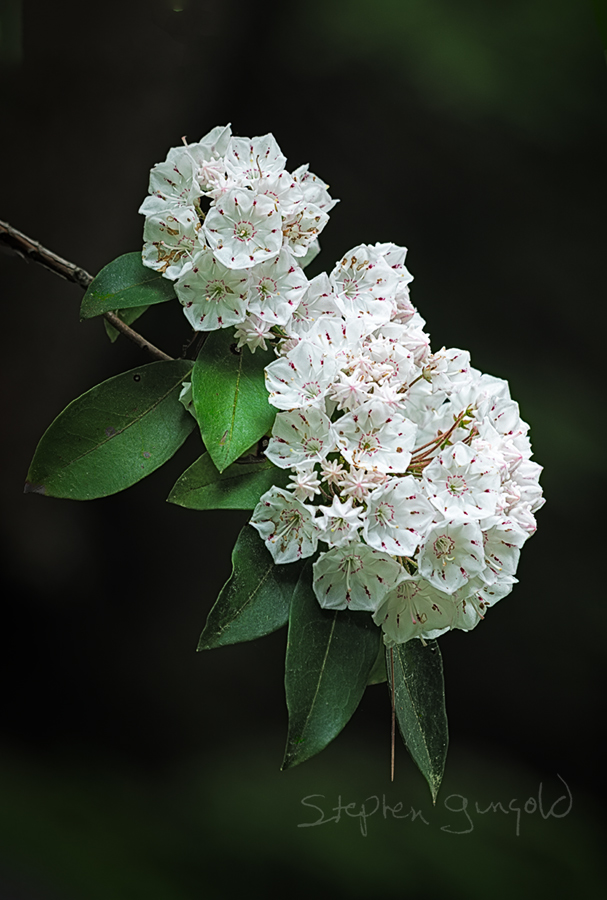 Of course I did make more than this one image, but it is my favorite for the shoot.  Maybe some others later.  The overcast sky made capturing the white flowers less challenging and allowed them to stand out against a background that was darker than might have been otherwise. My first attempts at other compositions met with breezes but as I shot they disappeared allowing for a long exposure the dim flat light required.

Most were set back from the road and difficult to approach but the 180 and a doubler made composing much easier from a flat surface.