When folks think of stink bugs they don’t do so with enthusiasm.  But they are actually beneficial to gardeners.  Anchor Stink Bugs- Stiretrus anchorago are predatory, feeding on the larvae of many beetles and lepidoptera that are considered pests themselves. One reason to love them, or at least tolerate, is the attractive pattern of their appearance. 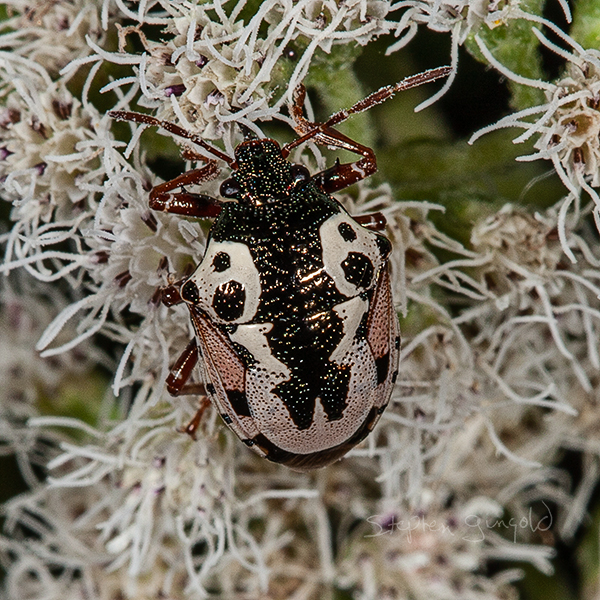 Another reason to like them is one of their prey species, the Japanese Beetle-Popillia japonica, which is a major pest, especially of ornamental flowers. OTOH, one big negative is that they also prey on Lepidopterans.  Many of those larvae are pesty but the one we all love, the Monarch caterpillar, is also a food source for the stink bugs and that’s unfortunate. 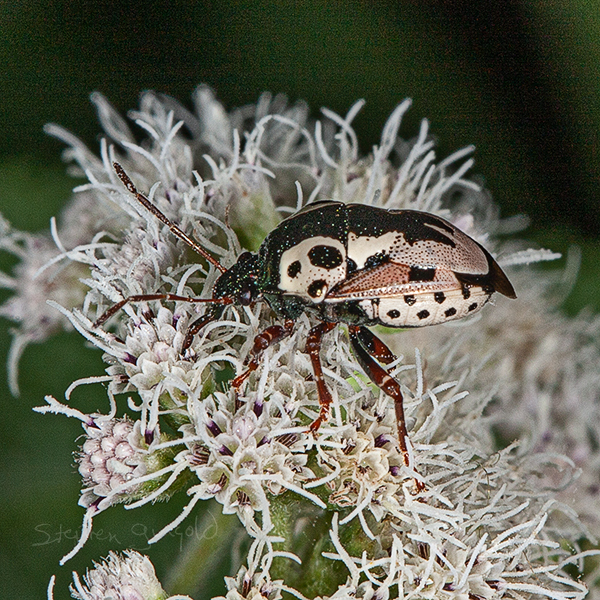 As you can see, they also like nectar, especially that of Boneset-Eupatorium perfoliatum, which has been seen here often as a bug and others host.

Everything in Nature has its place and role to play in balance. Only humans judge the value of that.